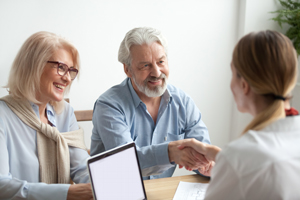 Losing a loved one is a difficult time in anyone’s life, let alone the challenges inherent in figuring out what to do with (or how to obtain) the person’s property left behind. Sometimes the process can go smoothly, as in the case when a deceased person set up a clear will or trust with an experienced attorney. Other times, the process isn’t so smooth, especially when there is no will or trust in place. In such cases, various questions arise: Who gets the house? Who gets the yacht? Who gets the cars? Or, generally, “Who gets what?”

Luckily, there is a branch of law called “probate law” dedicated exclusively to answering these questions and to transferring property to the right people. Probate law deals with many things like:

As you can imagine, when there is a large estate, the process of distributing money or property can get quite complicated even under normal circumstances. When the person who dies is wealthy and/or famous, the stakes become even higher.  Here are some (in)famous examples of celebrities who had no wills when they died and their estimated net worth at time of death:

But what about celebrities who DO have wills? Well, here are some interesting examples of celebrities and their wills.

In sum, when a person dies with no will, it is important that the family members work with an experienced probate attorney to navigate the probate court’s procedures. The attorney can make the process much simpler for the survivors by, for example, advising them on strategies for taking control of money and property, claiming your fair share, or lawfully dividing the decedent’s property with heirs or beneficiaries.