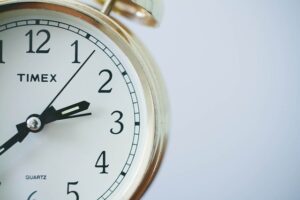 Imagine a situation where years ago you ended a long-term relationship with an ex-girlfriend or boyfriend.  Suppose your ex-partner, shortly after the breakup, made a website about you in retaliation that was filled with untrue, harassing statements that damaged your reputation and caused you emotional distress. You were aware of the website when it was published but decided not to do anything about it even though it was greatly embarrassing. Deciding to move on with your life, you hoped the website would eventually become defunct or fade from search results, which it gradually did. Years later, however, you learned the website was suddenly appearing high in search results when someone searched for your name. Like a reoccurring nightmare, the website’s presence begins to haunt your life again. Can you sue for defamation?

The short answer is most likely “no.” In this case, if you try to sue the bully for defamation, your lawsuit will probably be dismissed by the court. Since the website was created years ago, which is when the damage first occurred, the length of time almost certainly goes beyond what’s called the “statute of limitations,” or the maximum amount of time a plaintiff has to initiate a lawsuit. In other words, you waited too long to initiate your lawsuit.

What’s the point of a statute of limitations?

There are various purposes of statutes of limitations.

First, statutes of limitations help ensure all court verdicts are based upon trustworthy, non-deteriorated evidence. In theory, the longer a plaintiff waits to bring his/her case to court, the more deteriorated the evidence in the case will be. For example, eyewitness memories might be blurred or forgotten and important documents may be damaged, lost or destroyed.

Second, statutes of limitations are meant to protect defendants. Courts understand that evidence can be lost over time, so if someone files a lawsuit against you many years after an event occurred, the defendant may not have a fair chance to defend him/herself in court. Put differently, if the sole piece of evidence one has to defend oneself has been lost – since the alleged “damage” occurred years ago – it will negatively impact the defendant’s ability to have a fair trial.

Third, courts usually assume that a plaintiff will act with diligence when initiating a lawsuit. When a plaintiff is damaged in some way, the court expects the plaintiff to file a lawsuit as close as possible to the time the damage occurred. Indeed, a plaintiff is given some time to begin the legal process, consult an attorney, gather evidence, etc., but there are specific statutes of limitations depending on the type of case, which differ state by state, that dictate how long a plaintiff can wait before he/she must file a claim.

When does a statute of limitations begin?

How long is the statute of limitations?

In California, statutes of limitations vary and depend on the type of case in question. Defamation, personal injury, breach of contract, property damage, and government claims, among others, all have different statutes of limitations with some beginning as early as six months. For specifics about your case, be sure to consult an experienced attorney immediately.

What happens if I go beyond the statute of limitations?

If you fail to initiate your lawsuit before the statute of limitations ends, a court will likely dismiss your case, deeming it invalid. In such cases, you’ll be less likely able to recover any damages from the defendant.

What if someone defamed me many years ago, but I didn‘t know about it when it happened. In such a case, when does the statute of limitations begin?

For these types of cases, you’ll need to meet with an experienced attorney who can look at the details and facts of your case. Such “gray” areas of the law require attorneys to have extraordinary expertise and knowledge, so speaking with an attorney at Castleton Law Group would be your best option.

If you are seeking to recover damages from a person, government agency, or company, be sure to contact Castleton Law Group immediately. If you wait too long to initiate your claim in a court of law, you risk going beyond the statute of limitations, possibly forfeiting your right to recover damages. We at Castleton Law Group have been representing clients for over 30 years. We’ll help you, every step of the way.